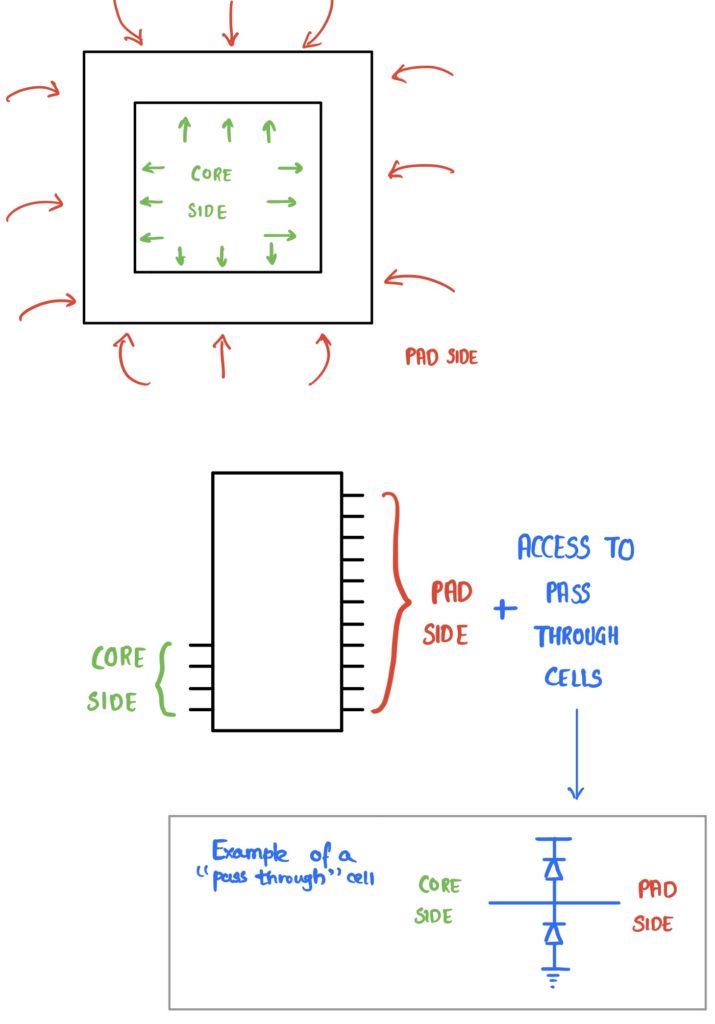 Starting Pad Frame generator from the projectManager, below with project “p1” selected (associated with EFXH035B PDK):

It prompts for Electric library-name and cell-name of symbol and layout. Below showing libary “p1.delib” selected, and entering cell-name “padframe1”. To keep your pad-frame in a new Electric library, create a new library within Electric before hand.

Edit the South, East, North, West column pairs (below encircled in red) to define your pad-frame, in the PadFrameDesign sheet. Keep the “Name” fields unique. Click the “Generate Pad Frame” button to run the generator (highlighted below with red arrow).

Example of the magic layout view that results (from default spreadsheet entries as above), with success messages encircled in red in the console. 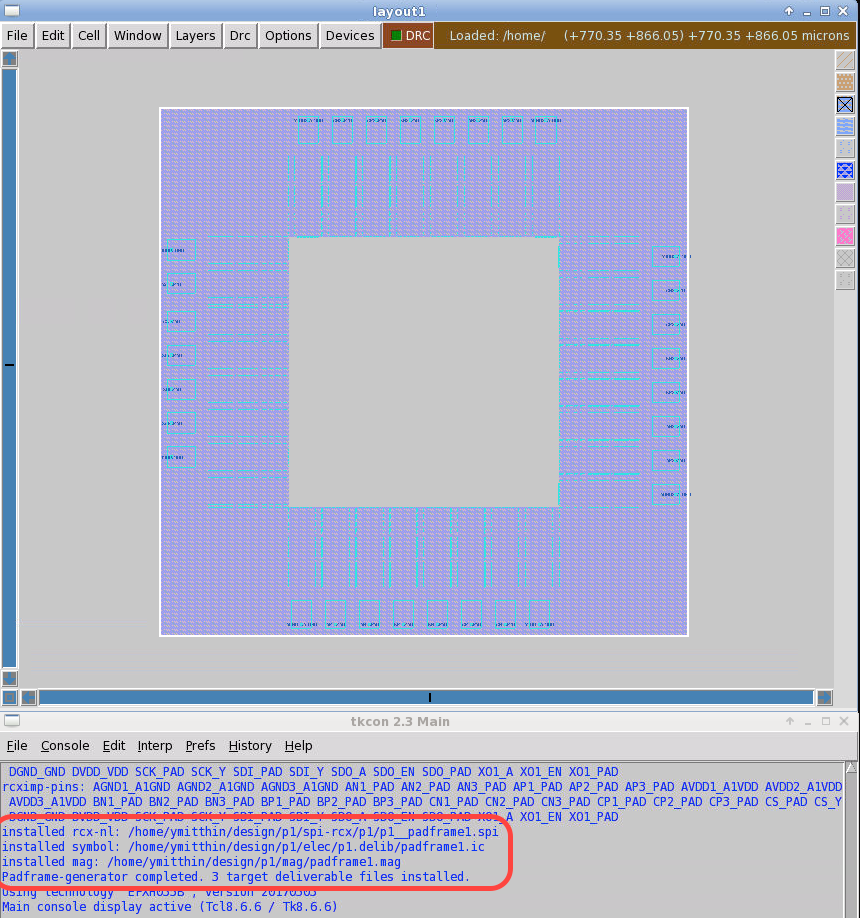 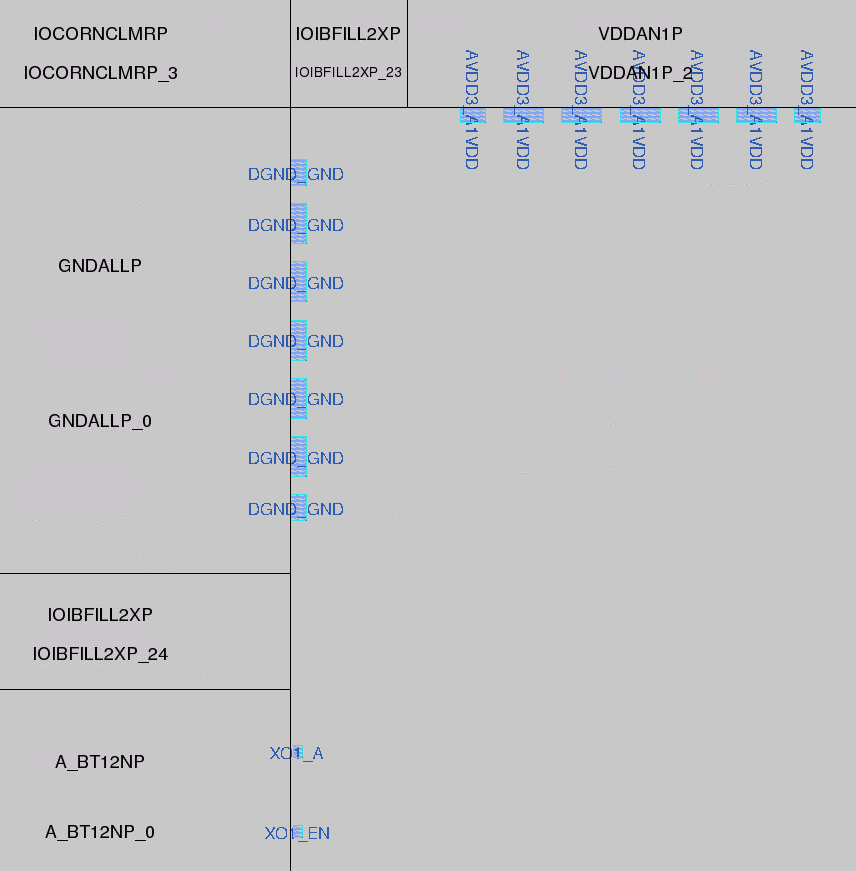 In projectManager, click “Edit Schematic” to start Electric, and in the Explorer open the “p1” library and double-click to view the “padframe1{ic}” symbol:

A part of the symbol showing side-by-side core-facing pins (on left) and off-chip PAD pins on right from the same IO-cells: 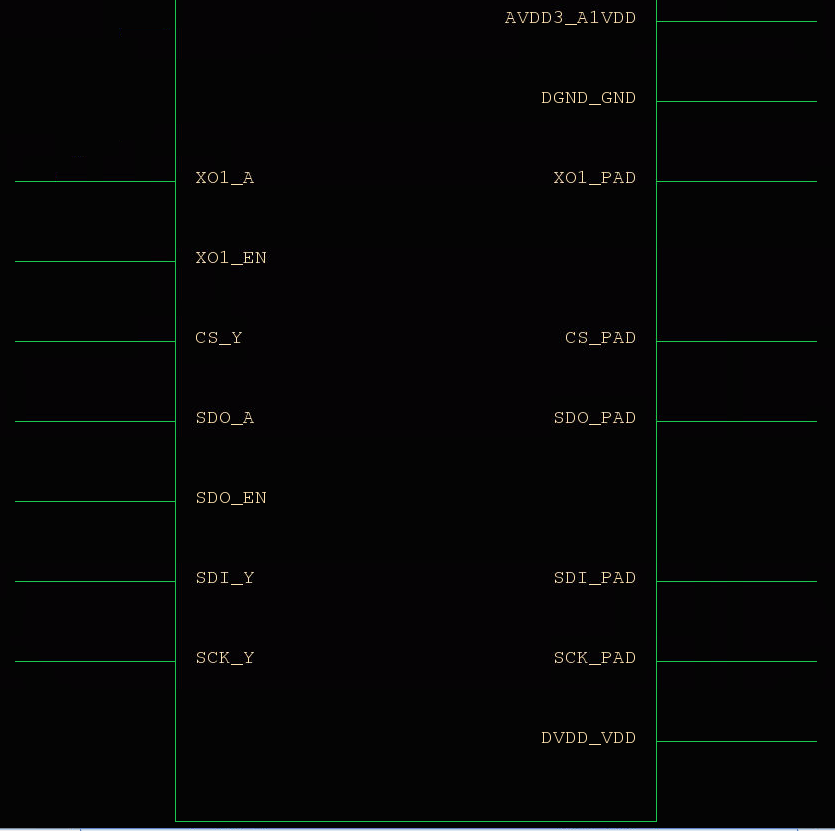